I couldn’t resist that title because really – a pickled lady in a silent garden? The thought makes me laugh. But before I get to the new Pickled Lady, there are a couple of Silent Garden and Harpsichord blocks to show.

First is the third block for row 3 of the B&B Silent Garden top.

And its back after pressing/grading of seams. 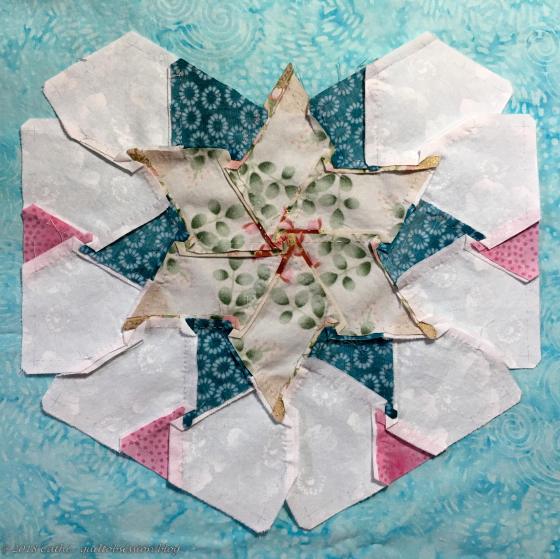 Its back after pressing and grading the seams.

And because I’m sticking with my plan of making a harpsichord block after every Silent Garden block, there are two more of them as well. First, a dark green one.

And then a lovely deep pink one. 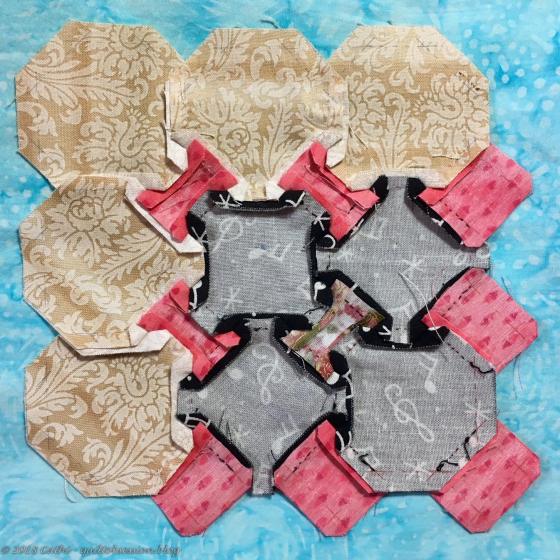 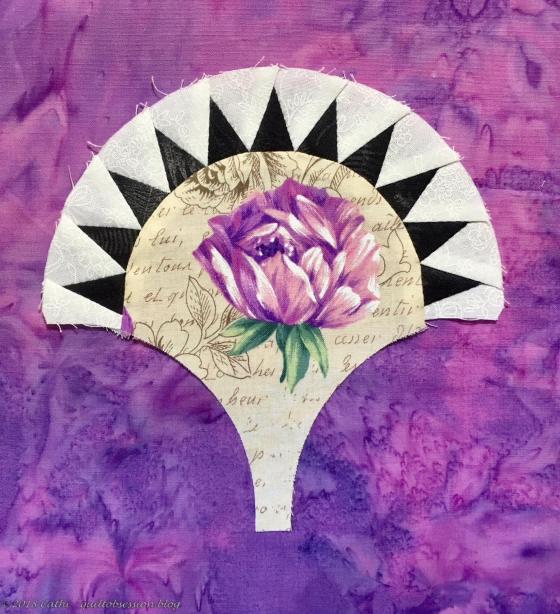 And then, finally, the one I’m most excited about – the new Pickled Lady!

This wouldn’t have happened so quickly had I not found, in the little project box that had the remaining bits and pieces from making the top, a couple of strips of the black and white triangles already pieced. So then it was just a matter of fussy cutting/printing the clamshell and adding one of those strips to it.

Its back after pressing and grading of seams.

When I got out the window template to start auditioning the florals I had pulled for the new pickled ladies, I realized fairly quickly that I’m going to have to keep looking as fewer than half of them are suitable. I am trying very hard to not have any repeats in the Pickled Ladies top, so it’s going to get challenging. But I want to make this as special as I possibly can so it’s worth the effort! 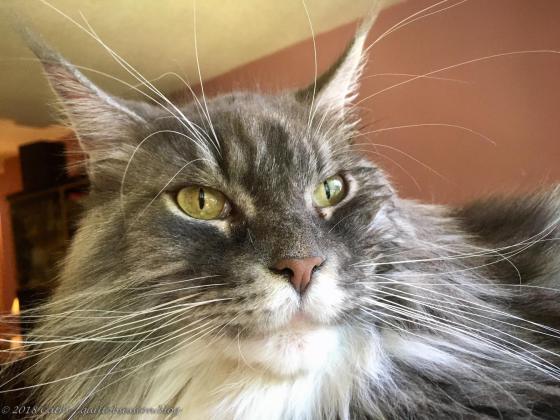 Baxter was very interested in the moving leaves yesterday. There was quite a breeze at times and the leaves would rustle and oh, my – his eyes would get huge as he watched.

12 thoughts on “A Pickled Lady in the Silent Gardens?”