Silent Gardens are growing, that is. We’ve been waiting for a calm day out on the roof garden to take these two photographs. While there have been many nice days, it’s almost always breezy out there and some days it’s just way too windy for this purpose.

Which was taking photographs of some blocks. First, those that are in the first two rows of B&B Silent Garden sewn together. 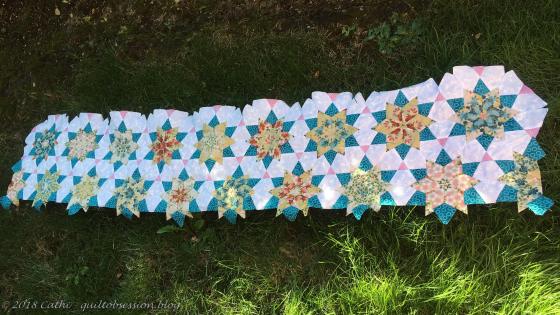 And then the first two rows of Tranquil Garden sewn together.

I’ve had them sewn together for a while, but couldn’t find a good way to show them inside. So then it was a matter of waiting for just the right day out on the roof garden.

I had sewn all the blocks into their respective rows 1 and 2,  then joined the two completed rows together. The seam when adding those two rows together is a long, long seam and, while it’s nothing but lots of fun continuous sewing, I’m thinking that I will try adding the blocks of the third row one by one to the completed rows 1 and 2. I know that one thing I’ll love about sewing it that way will be the fact that, if I decide to carry on that way for the balance of the tops, it will mean that once the final block is done and sewn to the rest of them, the top is done rather than meaning I still have to get the final row added on. But we’ll see – I’m not deciding yet without giving this a try first and seeing what, if anything, I don’t like about doing it that way.

There may well be a diversion or two coming that will stop me in my tracks, though. The York Lodge quilt keeps calling to me and I think I’ve decided to print a couple of fabrics to make one block just for fun. That may happen as early as tonight or tomorrow. 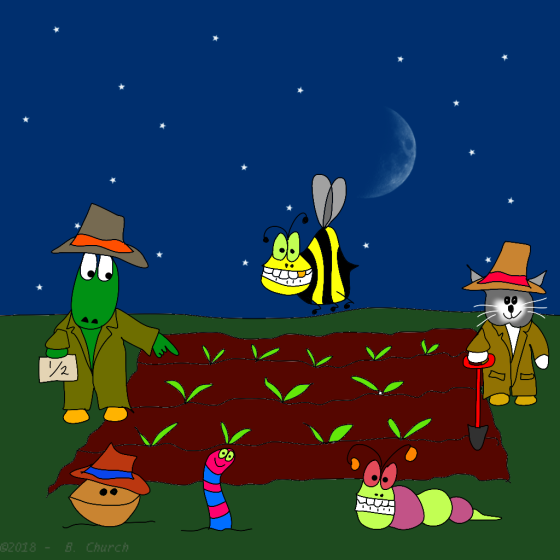 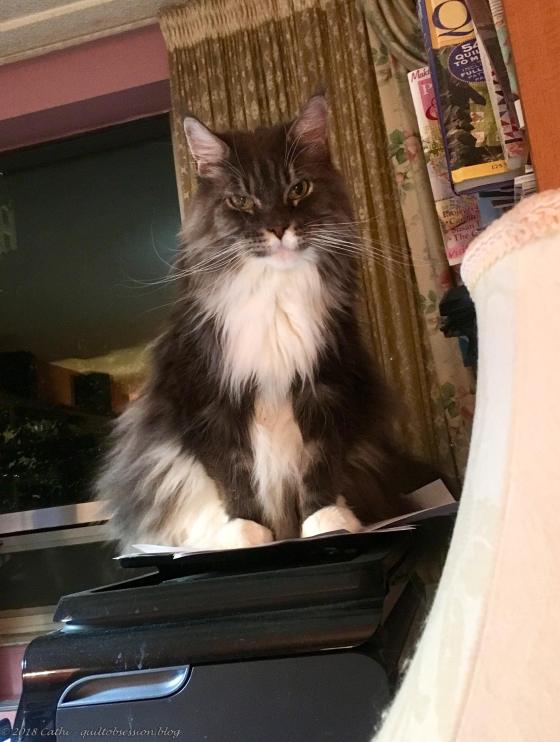 Baxter loves to sit on top of Mr. Q.O.’s printer and stare at us. I got this shot Wednesday night. While it’s not the best photograph, it cracks me up because that’s just such a typical Baxter look.

22 thoughts on “Gardens Are Growing”