Ha! As soon as I finished typing that title, I realized it made me think of baseball rather than quilting. But maybe that’s because baseball begins this Thursday! Now I know why my mother always started her “it’s a long, long winter” lament as soon as the World Series ended because it absolutely does feel like it has been a long, long time since the last game. Spring training games were fun to watch and/or read about, but now the season begins!!

But baseball isn’t what I was thinking about when I wrote it. But before I get to that – another blue and brown Silent Garden star done. 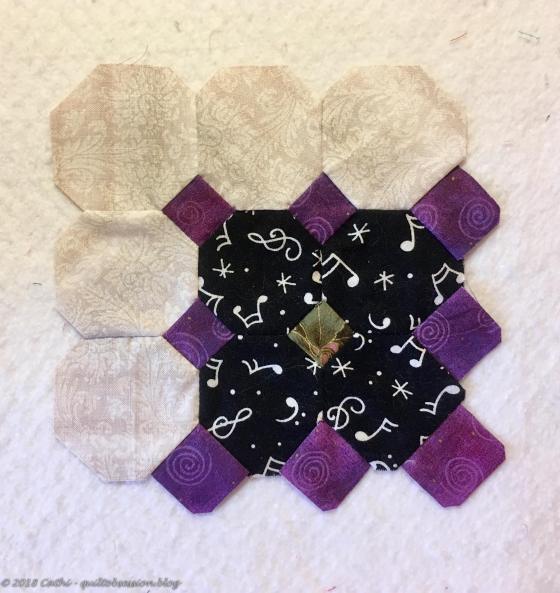 And this deep purple Harpsichord block. 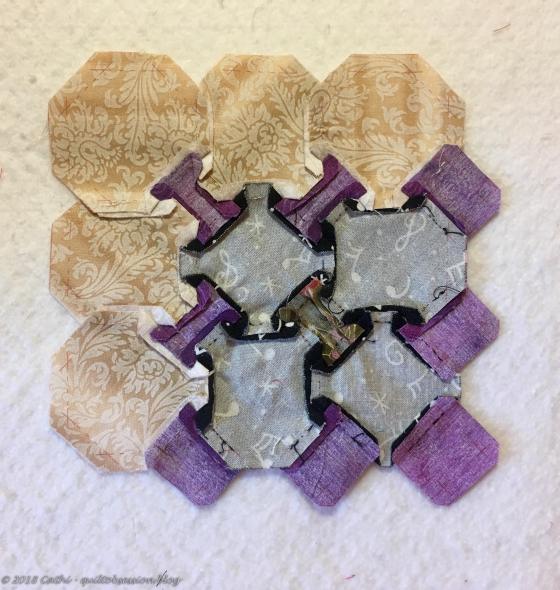 There was a box sitting close to the box in which the wild floral stars are located. And I couldn’t resist. I opened it.

And found this – a big stack of colourful little 3″ 9-patch blocks, just sitting waiting to be sewn to their setting triangles. They’re basically all ready to be sewn, as I had printed the setting triangles years and years ago and kitted them all up. 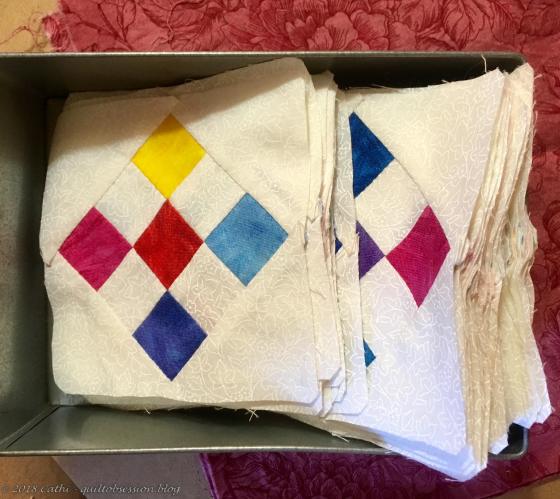 In another box were the ones that I had finished – they turn into 4.5″ blocks. I don’t think I’ve worked on these since sometime in 2012. I think I know what happened – I got bored sewing them, yet they’re a wonderful easy block to sew – perfect for when watching a baseball game, perhaps!

So the first of the 9-patch blocks was done in the rotation.

And its back, after pressing and grading the seams. They won’t get finished at the same time as the other three tops, but will end up part of the rotation with the wild floral stars.

After the comments about the wild floral stars on Friday, I’ll definitely be trying some other fabrics as backgrounds and for the kites with those stars and then trying to sort out just how large I want to make that top. I have 81 of the stars which is probably quite a few more than I really want in the top but I have to think that through too. 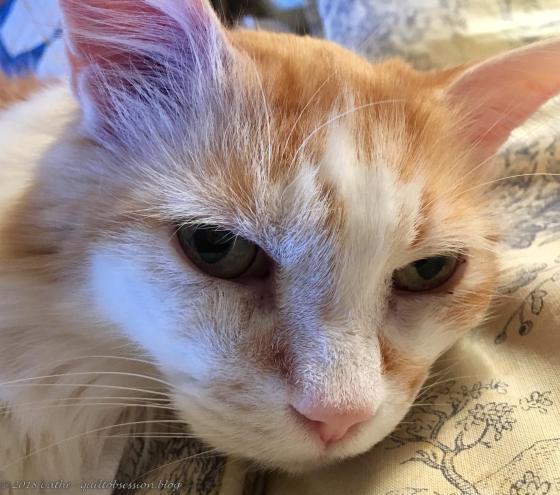 Jake decided to snooze on the couch rather than stare out the window all day yesterday. 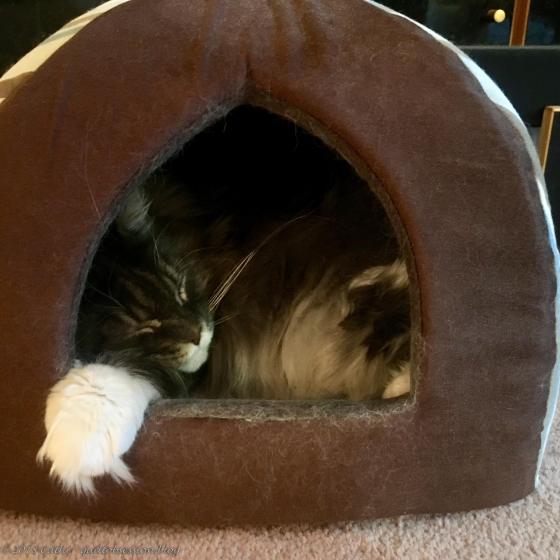 I can’t help but take pictures of Baxter in the house! It makes me laugh every time. Keeping the fabric it’s made of clean is another story. I’m going through the sticky roller sheets very quickly. I think the fabric is a magnet for fur!

11 thoughts on “An Addition to the Rotation”