Once I had enough blocks for the first vertical row of the brown & blue Silent Garden top, I needed to make the alternate blocks for the second row. I got a little carried away and  had joined them into that second row before I remembered to take pictures!

I’m not trying to choose favourites among these. 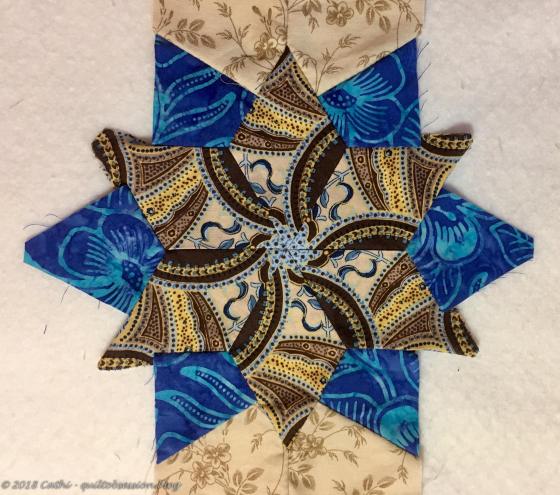 Because every time I think I know which is my favourite, I look at the next and it is.

This one is a little less dramatic than some of the others. 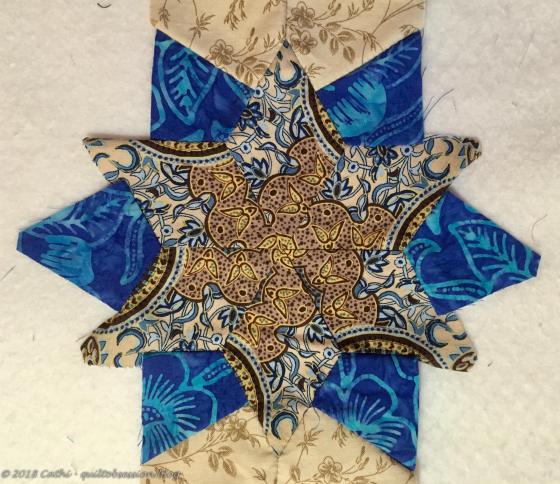 This one is also a bit less showy.

Then there’s this one though – and it’s my favourite of this group.

Although this one is a close runner-up. 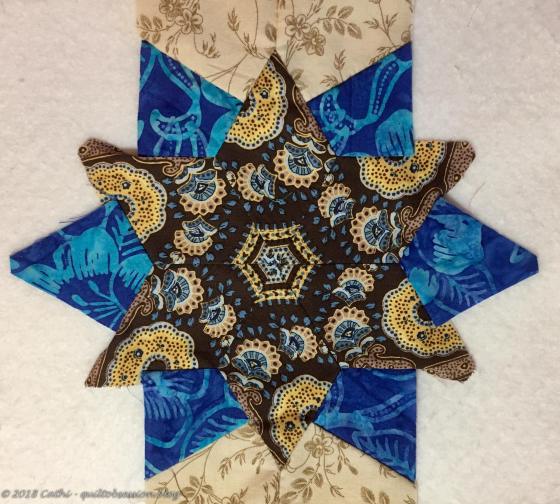 As is this one. I have now graded all the seams, but didn’t take a photograph of the backs of these. I will try to remember to take a photos of the next set of alternate blocks I make for this top.

I had to do at least one Harpsichord block after all those alternate blocks. 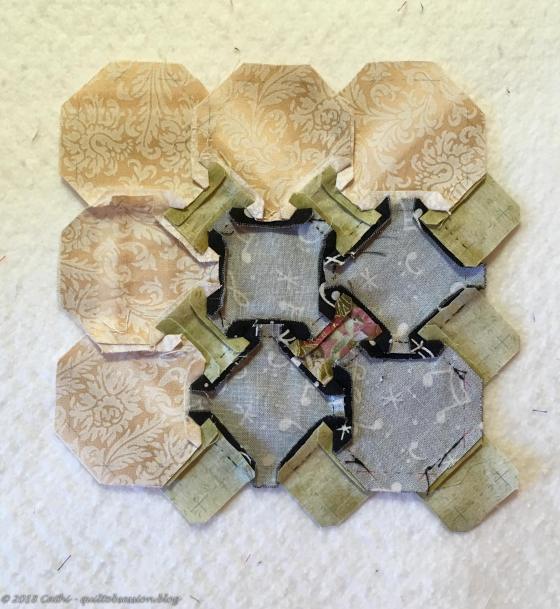 And its back after the seams were graded and it was pressed.

This is something we rarely see. Very rarely. While they get along, they’re not really the types to curl up together. So when we saw this, we had to quickly grab our phones and take some photos.