I’ve been busy and got five blocks done for this post. 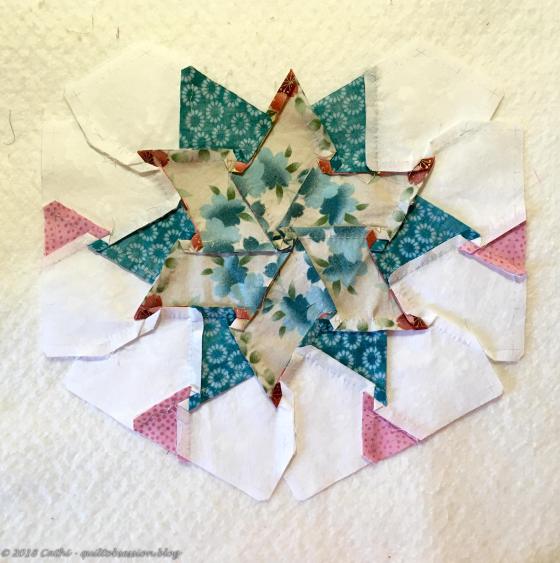 I had promised I’d post a photo of the fabric I used to fussy cut/print the diamonds for the stars in the Tranquil Garden blocks. Here it is with a ruler which shows, I hope, the 11 3/8″ repeat. Finding fabrics with a manageable repeat is what makes Inklingo no-waste fussy cutting/printing so much fun!!

And its back. I still haven’t found a picture of the brown and blue fabric and doubt that I ever took one.

And a green one. 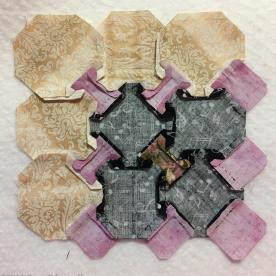 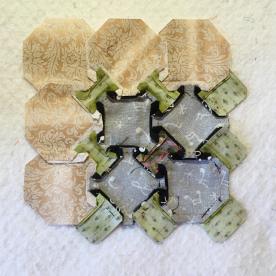 Their backs, after grading the seams.

And its back, after grading the seams.

After I had made the few Not So Silent Garden stars and graded all the seams, I realized just what a difference it makes so I’m going to go back and grade all the seams of the Tranquil Garden and brown & blue Silent Garden blocks that are done so far and then will just keep doing them as I go.

Now I have enough of both the brown & blue and Tranquil Garden blocks finished to sew the first two rows of each together and then join them! So that will be next.

We had quite a windstorm on Friday which gave me a migraine that just would not quit. It’s still lingering – sort of the bruised head feeling that seems to happen after a bad one. Of course they put the lawn furniture out on the roof garden on Thursday. I was almost afraid to look out Saturday morning but, other than blowing a few of the chairs on their backs and a little away from where they are usually, there was no damage. The daffodils are fine and there are more blooming. 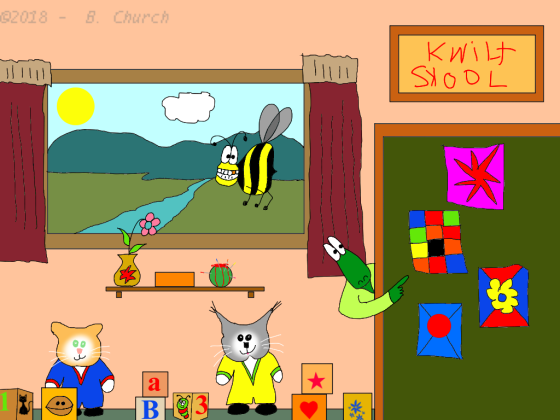 “Good, Jakey, but THIS kind of block!” 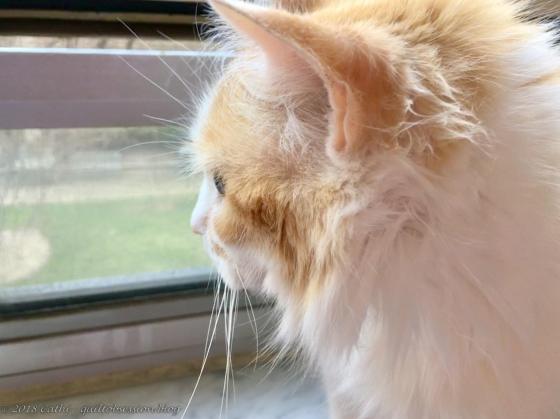 Jake is definitely happy that there are things to watch out on the roof garden. He takes up his post at the window every afternoon.

Baxter was – well, being Baxter and posing for a photo.

10 thoughts on “Lots and Lots of Blocks”