I was at least halfway through making the blocks for the Garden Gone Wild top before I finally realized just how much fun I could have with these blocks as they’re not only all curved piecing, but almost all continuous stitching! I think it was because I began with a ribbon flower block that had pieced “blades” and those that weren’t pieced.  That’s my excuse and I”m sticking with it. Once I identified this sewing sequence, I couldn’t get enough of making them!

The first step – make two sets of six of the centre shapes.

Step 2 is joining those two six-unit pieces – the hardest part of making the ribbon flowers as it can be challenging getting a perfect centre but using fine fabrics, like a batik, really helps. 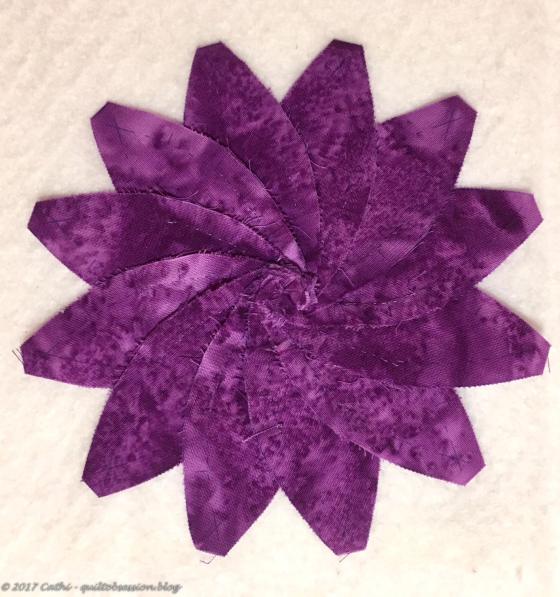 Step 2, pressed and from the back.

Step 3 is when the real fun begins. Joining the next round of shapes is nothing but fun – as it’s not only curved piecing but also now nothing but continuous sewing! 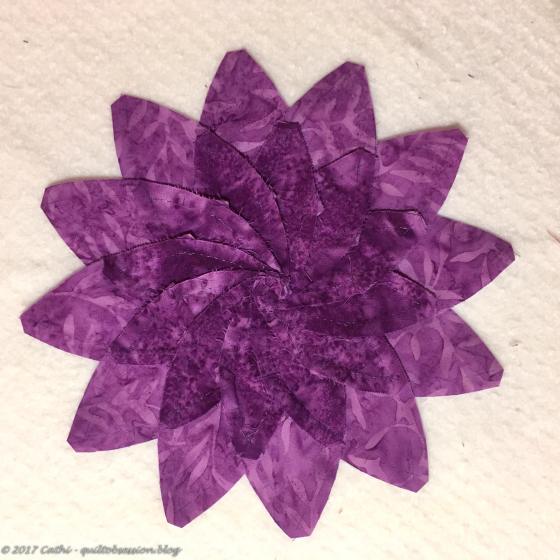 Step 3, pressed and from the back. 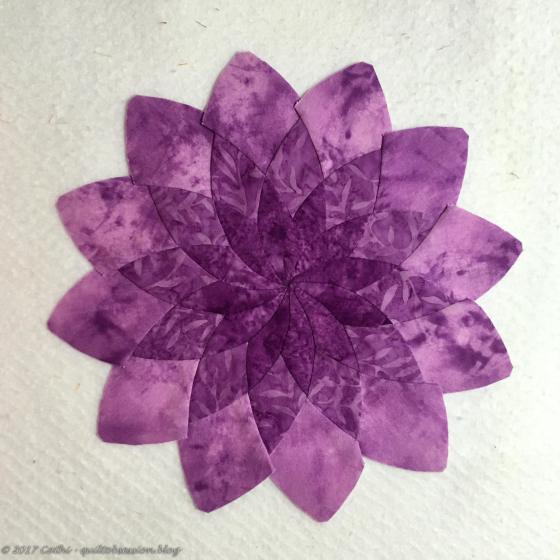 Step 4 is yet more of the fun – curved piecing and continuous sewing all the way around. 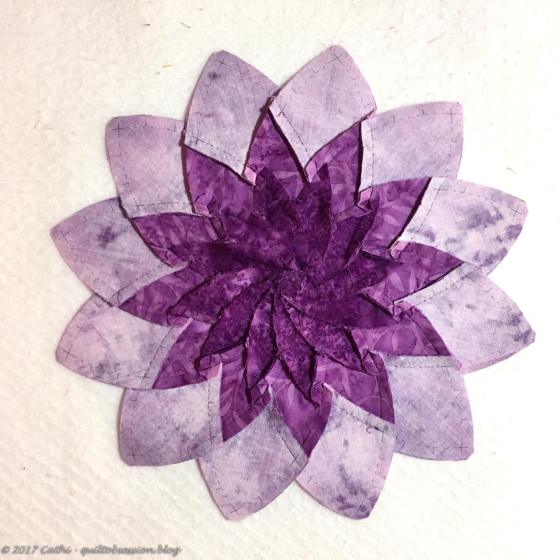 Step 4, pressed and from the back. 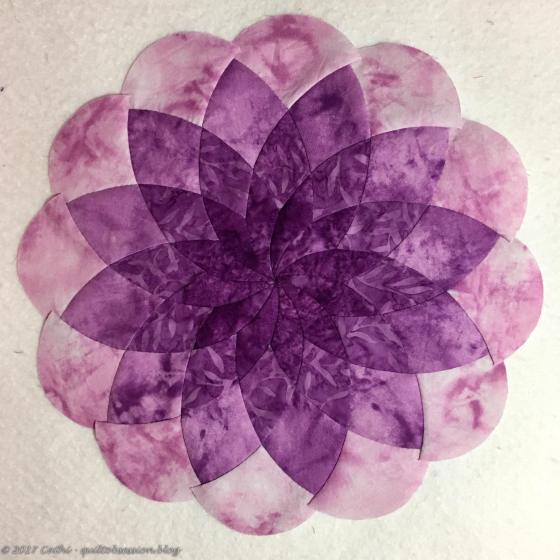 Step 5 and it’s – no surprise – yet more of the curved and continuous piecing. 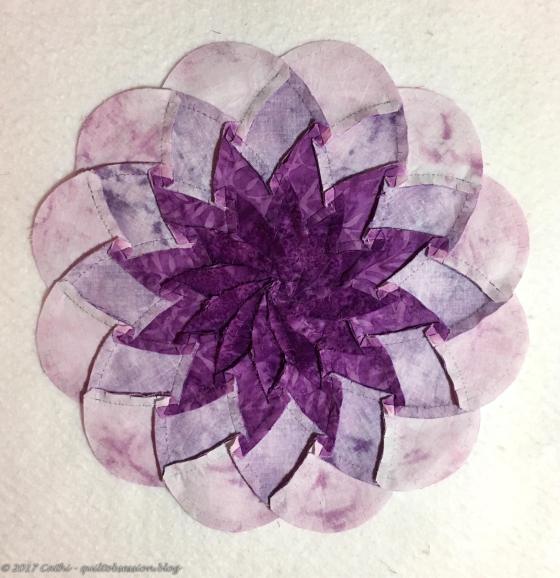 And then the final step – adding the background pieces and finishing the flower. 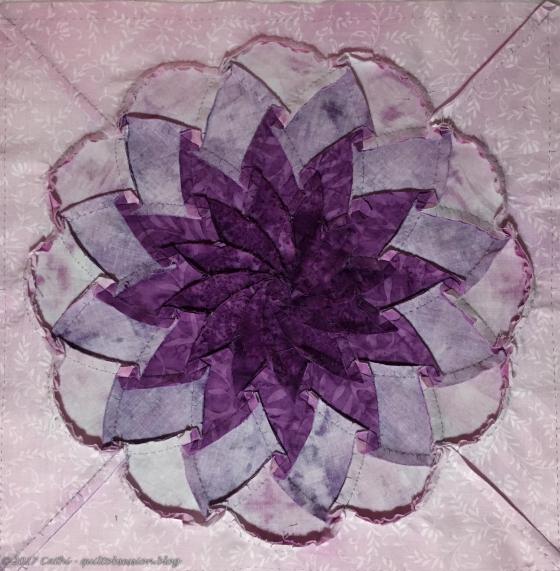 From the back, after pressing.

And now, when I go back to making ribbon flowers for another garden quilt, which I know will happen sooner or later (and likely much, much sooner than later) I’ll have this to refer to as a reminder of the sewing sequence I found that made these so much fun!

Jake was posing on the back of the loveseat on Tuesday.

While Baxter was lounging on the bed.