Where have I been? Resting my hands! Not because of carpal tunnel, though. This time it was dry skin. Seriously dry skin. On my hands. To the point the skin on my fingertips was splitting and would even bleed. I’ve always had dry skin, but this winter it has been ridiculous. They were so sore that even touching the keys on the keyboard was uncomfortable. So I mostly have stayed far, far away from the keyboard.

But out of this I’ve discovered one new item and rediscovered an old one. The new one is this CeraVe cream. A great big bucket of the stuff. I love it. It soaks in and isn’t greasy and wow, does it make a difference. 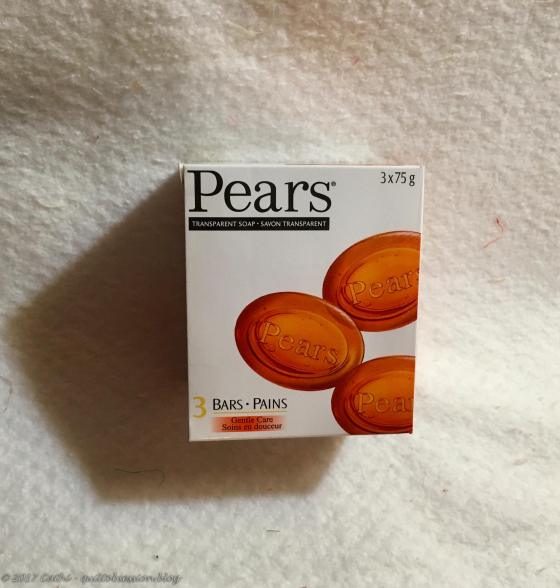 The old rediscovered item? Pears Soap. I used to always use it but got away from it when we started using a liquid soap. The liquid soap we used that I liked has now, of course, been discontinued. So back to Pears Soap I went and the difference has been quite marked. So no more liquid soaps for me, thank you! I’ll stick with Pears Soap. And buckets of CeraVe cream.

Throughout all this, though, I have been doing quilt-related things. I have even been piecing, wearing numerous thimbles. It sounds odd and it was a bit, but it worked. Not using the keyboard was one thing, but not being able to sew? Not going to happen if I could help it and using thimbles on multiple fingers meant I could!

I finished the last of the Kona Bay Silent Garden blocks for which I had a star ready. Oh, how I love the look of these ones – I think I’m going to name it Tranquil Garden. 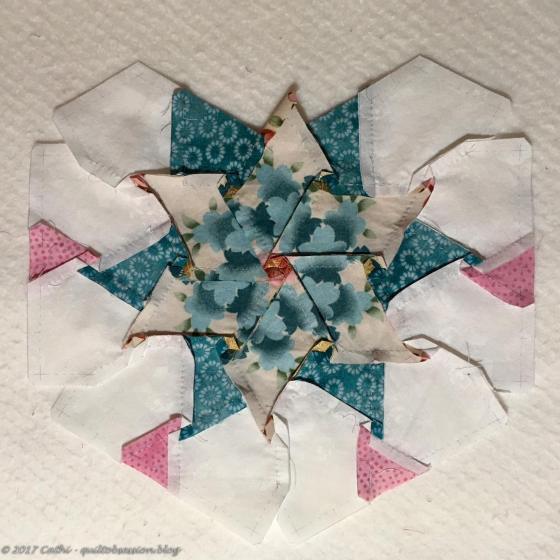 The back after pressing.

I decided that I needed to get all the diamonds printed to make the stars I need for the Tranquil Garden top. Now I have lots of lovely stacks of diamonds, just waiting to be sewn into stars. I printed them using the Inklingo no-waste fussy cutting/printing method. 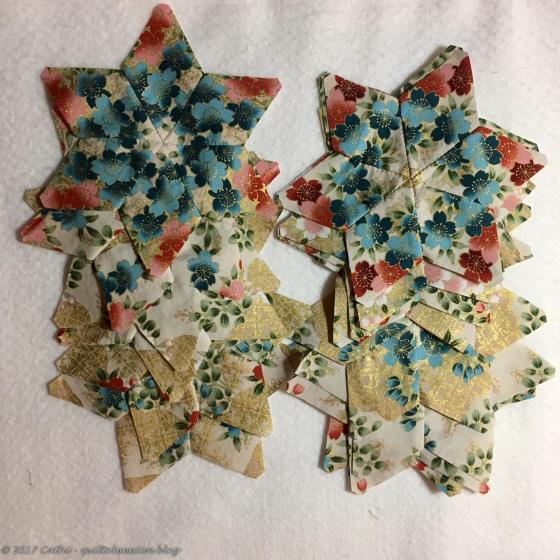 I’ve made a good start on getting the stars sewn together. Quite a few stars have been sewn but I still have lots more to make. I forgot how much I enjoy piecing 6-pointed stars. They really are fun and quick to sew. 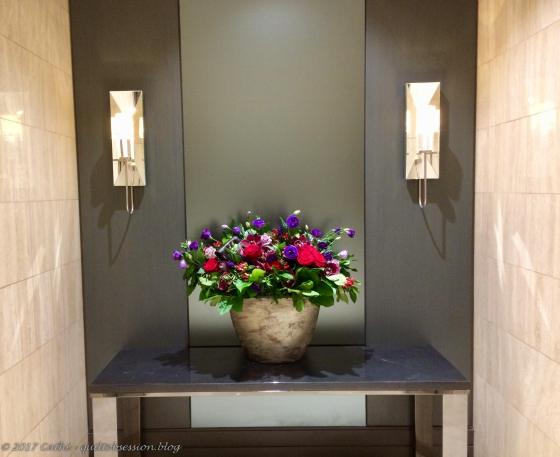 The latest elevator lobby flowers are wonderfully bright and colourful. I think Jake is bored with winter as it means there’s nothing for him to watch out on the roof garden.

Baxter is always curious about any movement on the roof garden, even if it’s just snow falling.

13 thoughts on “Stacks of Diamonds & More”