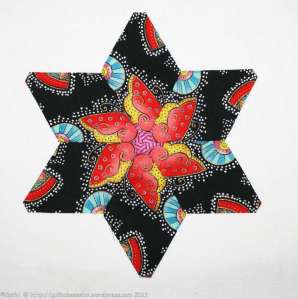 Of course I couldn’t resist putting together another butterfly kaleidoscope star! 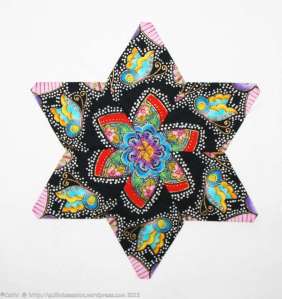 And finally, a sixth. It’s very, very hard to resist making these. They take about 10 minutes each to stitch and the “ah hah” moment when each one is finished is such fun. 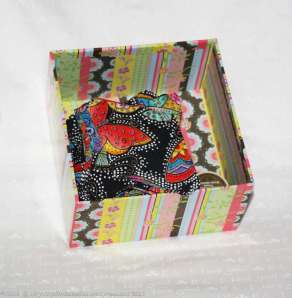 Even though those six stars used up 36 of the 2″ diamonds I had printed, it seems that the box is still as full of butterfly diamonds waiting to be stitched into stars.

I decided on the weekend that I would allow myself to play and stitch some of the three sets of kaleidoscope stars on weekends and then try to dedicate my stitching time during the week to the Summer Picnic Dish. I actually did complete another arc/melon for the Summer Picnic Dish on the weekend and will definitely have at least one and hopefully two rings joined to it by the end of this week.

Saturday it rained, rained and then rained some more. Baxter got rather tired of looking out the window on such a dreary, rainy day so curled up for a nap with a friend.