I know I don’t normally blog on weekends but I am so excited that I got all 24 of the remaining arcs for the Case of the Secret Garden mystery quilt sewn together by machine that I just had to share! Three hours at the sewing machine and they were done. 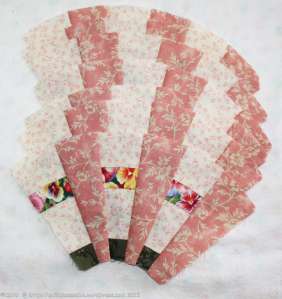 Those will be added to this first set of 8 which I had put together by machine earlier in the week. 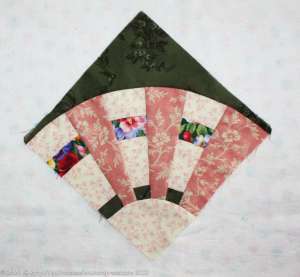 And once they all have their corners and quarter circles added like this one from the test group, which I am going to do by hand, I will be through Clue 7. 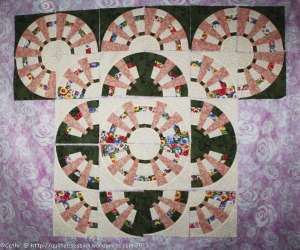 Then those will be added to the blocks made earlier in the mystery which I had up on the design wall, not having a clue what the setting will eventually be. We will find out on Monday, when Clue 8 comes out, just how the blocks are going to be set. I will be behind, no question, but not too far behind.

This has been a real learning experience for me. First I learned to cut curves with a rotary cutter. Then I learned that a hybrid-pieced block, with parts done by machine and parts by hand, looks just the same as a block done entirely by hand. And I learned I can actually stick with one project. My norm, as you know if you’ve read this blog for any length of time, is to flit from project to project. I eventually do get them done, but I don’t normally stick with one project almost exclusively for weeks and weeks. 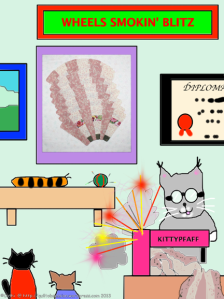 The machine in the Baxtertoon was smoking from all that sewing! 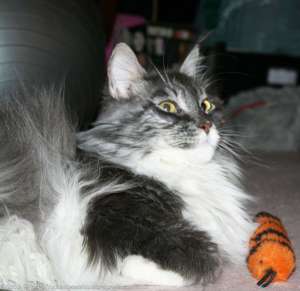 While in reality, Baxter was hanging out with his favourite toy while the mini sewing marathon was going on. He’s not the least bit interested in helping, thank goodness.