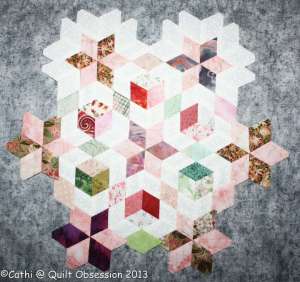 Instead of beginning a second block, I decided to add to the existing first block. I made 6 more 6-pointed stars, 24 pairs of white diamonds and then began stitching them around the perimeter of the first block. There are loads of opportunities for continuous stitching, which makes this fairly quick to stitch. Still to be made for this round are the tumbling blocks. That won’t take long as I have the diamonds for them already picked out and ready to stitch.

Another block will be started and I’ll do a tutorial on it within the next little while. I have a plan for this first Tumbling Stars quilt and am determined to get it finished sooner rather than later. 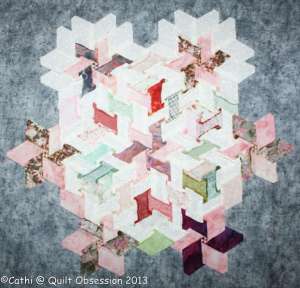 As there are a lot of little seams to grade the more this grows, I’m now grading the seams and pressing after each star and its corresponding pairs of white diamonds are added. Much easier and faster to do it like that than to leave it to the end, I think.

It was snowing big fluffy snowflakes yesterday. Thankfully they didn’t seem to accumulate. Oh, how I hope that groundhog was right and early spring is on its way. 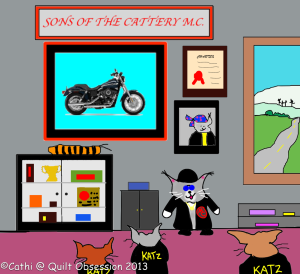 Baxter and the Katz were having a meeting in their clubhouse. 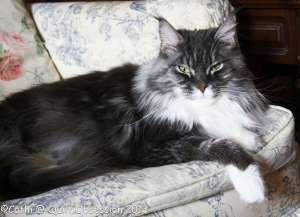 This is my latest favourite photo of him. You can see just how long his whiskers are!

11 thoughts on “Tumbling Stars Are Growing”