There were four Stormy Seas blocks left to sew with the very dark blue batik. I knew that having those hanging over me would make it a less appealing project to pick up again, if indeed it does go into hibernation, so decided to just get them done.

First I pieced this one. 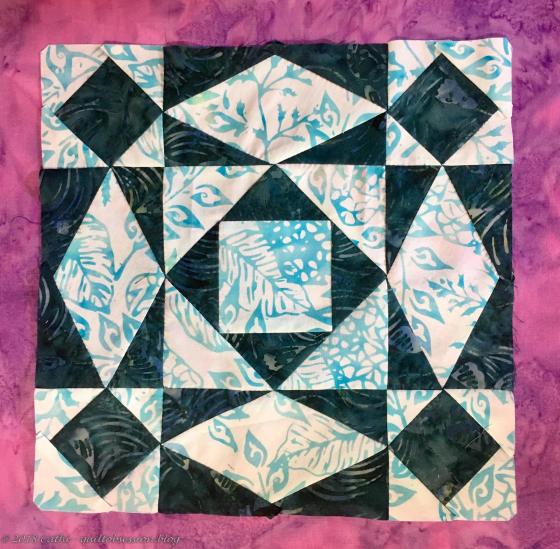 Then its mirror image block. 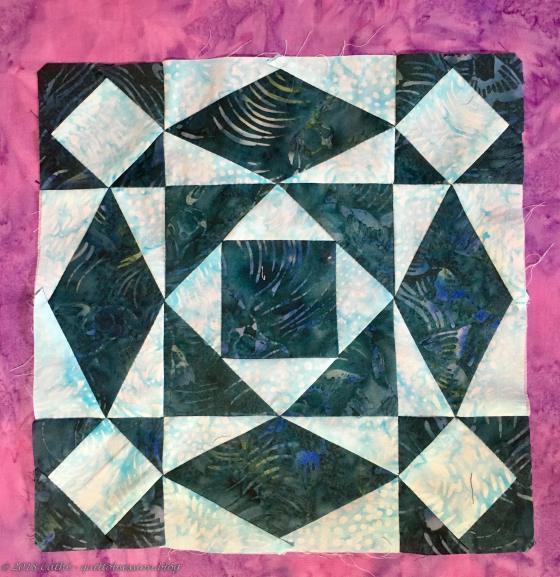 And its mirror image block which is finally – finally! – the last one to be made that has that very dark blue batik! 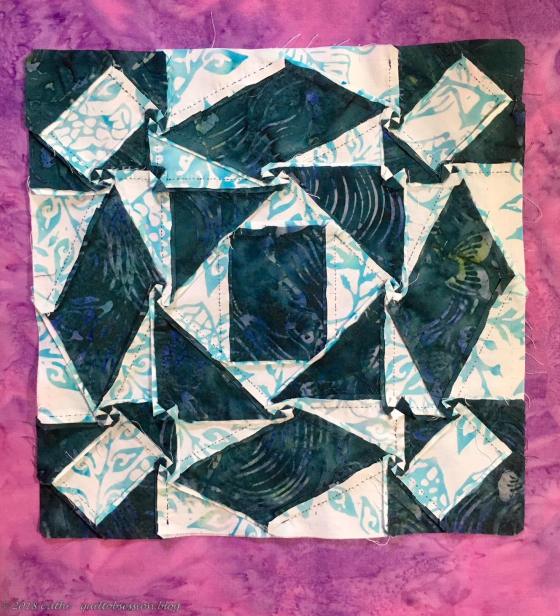 The back of one after pressing and grading the seams.

I’ve graded the seams on all of the Stormy Seas blocks already made, so from here on out it will be relatively easy. And hopefully I’ve now finally learned to always grade the seams as I go.

There is one other batik I used for the Stormy Seas blocks that I think may be a bit difficult to needle. I’m going to make one of the blocks to see if it is as difficult as I thought. Then I’ll decide whether to keep going and try to get all the Stormy Seas blocks finished or put them away and get back to the various Silent Garden tops I’m working on.

I was just about to start taking the Drunkard’s Path basket blocks apart when I received a comment that suggested tea dying to see if that helped with the white on white differences. So that’s on the agenda for this week – I’ll use a scrap of each fabric and see. I’m really curious about what that will do to the floral print. 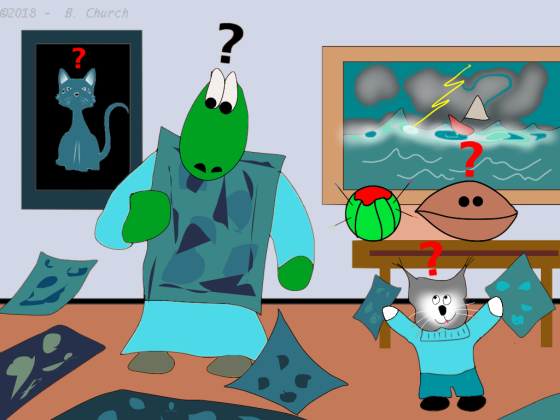 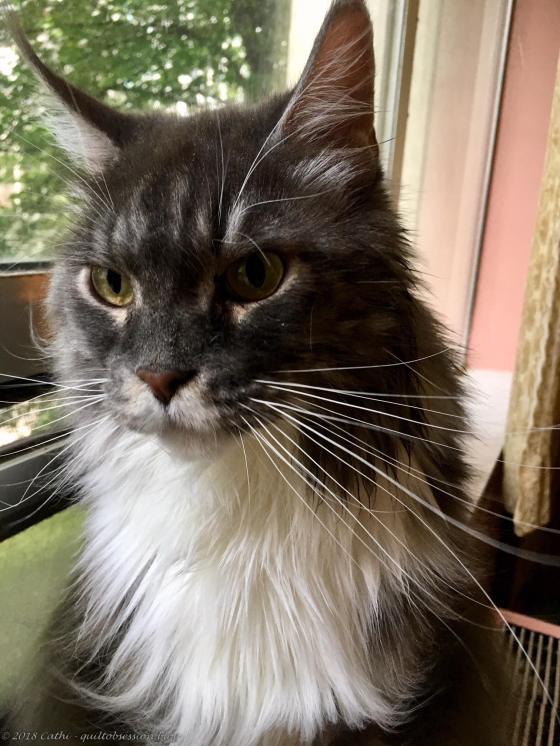 Baxter was on the windowsill last week when we were still in the midst of hot and humid summer weather. He had a drink of water just before jumping up and his fur is still quite wet on one side of his face. Fall made a very brief appearance on the weekend to be followed, the forecasters say, by some more hot and humid weather starting mid-week.

3 thoughts on “The Last of the Darkest Blocks”