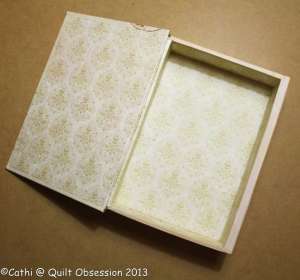 By the time New Year’s Eve rolled around, this box was empty and ready for a new project in a box. 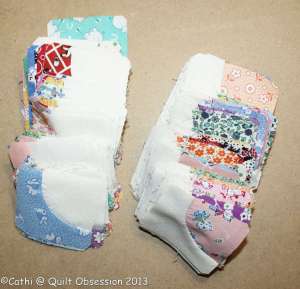 That box was empty because the final 150+  2″ Drunkard’s Path units were all stitched.

But then this box was overflowing with 832 of the units, plus a few extras. 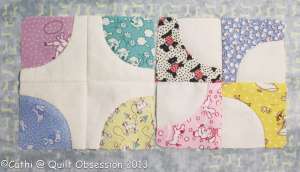 So that meant it was time to start sewing them into blocks of four like these. 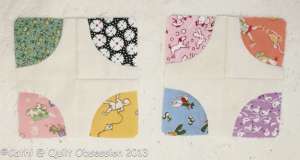 As I’ve done all the fun curved piecing by hand, I decided to try joining them into blocks by machine. I did one block by machine as an experiment. The one on the right was done by machine, the one on the left by hand. I can’t tell the difference.

I can’t tell the difference on the back either.

So in the space of about an hour and a half, I had all these joined into pairs. Next step is to join these into the blocks of four units. 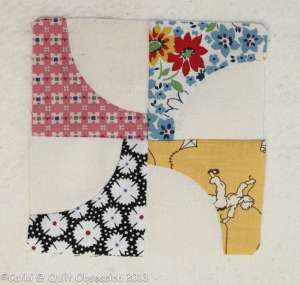 Then I’ll be working on joining these units into blocks of four by machine. At this rate, all the blocks may be ready to put together into a quilt top much faster than I dreamt possible.

No New Year’s resolutions for me, but I do think I’m going to try doing more on the machine when it makes sense for me to do so. 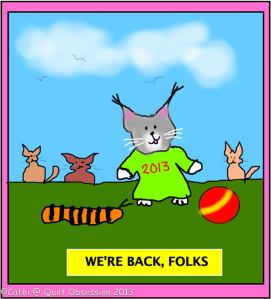 Who knows what adventures will be happening in the Baxtertoons this year.

He spent some time on his top perch, although he seemed completely uninterested in that white stuff out on the roof garden. Thankfully, we haven’t had much snow and what we did get is already pretty much gone.

13 thoughts on “The Start of a Finish”