I had great plans to stay completely focused on Can Can/Poinsettia and was making progress. I really did. 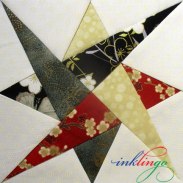 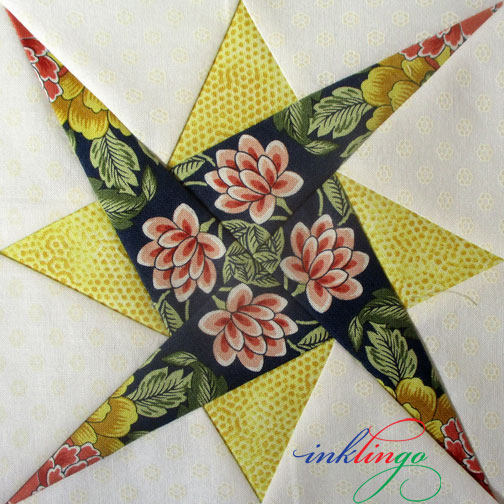 But there was a new Inklingo collection for a block called Starry Path that was seemingly destined to throw me off course. There had been photos like these of it on the Inklingo Facebook page for a few days that were very intriguing, but I thought I could resist.

Then the 6″ Starry Path collection was released and — well, it looked like such a fun block to sew and those fabulously skinny points were really calling to me. For a few days I was able to stay focused and continued working on Can Can/Poinsettia (I really need to decide on that name!)

But then I caved — I couldn’t resist those fabulous pointy stars. A little fussy cutting was called for. Some quick rummaging around for some red fabric that worked with the print.

The first one was made.

It was so much fun that I had to make a second. 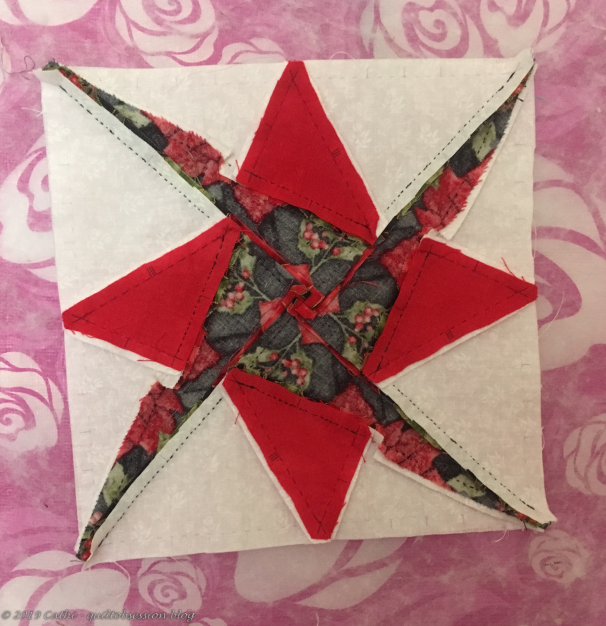 The back of one after the seams were graded and the blocks pressed. 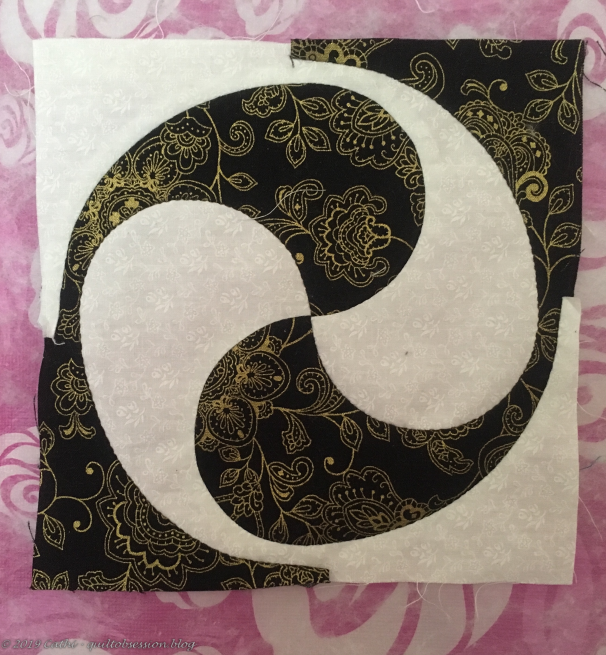 Then I had to make a black and white Yin Yang block to maybe go with them — mostly because I need some curved piecing to do.

I’m not sure where I’m going with this and it isn’t going to be a huge piece, probably using only 10 stars and who knows about how many, if any, Yin Yang blocks (as I really cannot resist making those). But that’s just for the 6″ Starry Path size.

Yesterday, there were collections for two larger sizes released –  8″ and 9″ Starry Path blocks. I have some ideas for very bright and cheerful stars using one/both of those sizes. And I’ve decided that for every one or two of the 10-point stars that I need to make for Can Can/Poinsettia, I will make one or two Starry Path blocks. Famous last words.

The next time I post, which will be later this week, it will be about the Can Can/Poinsettia progress (and hopefully with the final name!) 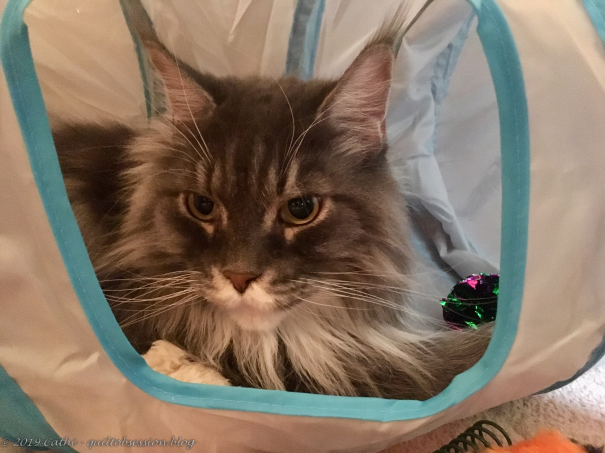 Baxter was looking out from his tunnel the other evening.

© 2007-2019. All contents of Quilt Obsession are the property of the owner and cannot be reproduced or copied in any way without express written consent. Please respect my copyright.