I’ve had this fabric in my stash for quite some time. And every once in a while I would look at it, wondering what it was going to become. When I first got hooked on making kaleidoscope stars with the 2″ diamonds, I tried the window template on the fabric and it wasn’t quite right for them.

But then yesterday a new Inklingo collection of 1.25″ 60-degree diamonds was released. In a few minutes I had a window template printed and was auditioning that fabric once again. And the 1.25″ diamond was just the right size.

An 8.5″ strip from the length of the two-yard piece of fabric, six sheets of fabric ironed to freezer paper and a few minutes later they were printed, cut apart and I had a wonderful stack of diamonds just ready to stitch 30 stars – kaleidoscope stars, that is.

And an empty project box that was just waiting for a project. Then the stitching began. These aren’t going to be anywhere near as dramatic as the butterfly, paisley or wild floral kaleidoscope stars but I think they’re going to make a lovely little quilt. I have a setting idea already that will involve using a pale yellow as my neutral.

First I made two.

Then there were four. 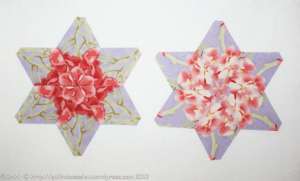 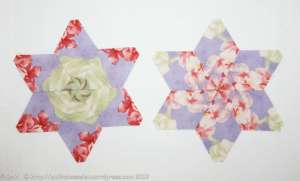 And finally there were twelve. And they were all such fun to stitch. There’s something about the six-pointed star that I find irresistible, no matter what the size.

What was I doing last week? Working on some hand quilting. Finally. It got quite chilly Thursday night and Friday and I spent some time getting used to hand quilting again. And really enjoying it now that I’ve discovered that I can quilt quite successfully without a hoop. So maybe that stack of quilts will get quilted, although there are already three that are basted ahead of any of the ones in that stack. But I will definitely have lots of quilting to do during the cold months ahead. 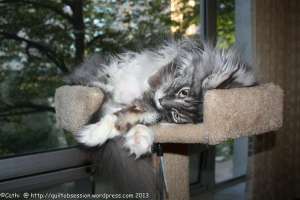